I know it’s been a long time coming, but here comes a new camera review!

My collection and types of cameras has vastly grown since my last review, partly because I keep buying new ones and partly because my friends have caught on to my photography fixation, and I’ve been getting obscure cameras for presents as well, which is neat.

Anyway, today I bring you the Smena Symbol, a 35mm camera which was the follow-up to the Smena 8M, with minor improvements.  As yo

u have undoubtedly noticed by now, this is not a toycam in the slightest.  Given that production of this beast of a camera started in 1973, I think I can safely classify it as vintage.  The Symbol was my first foray out of the immensely fun point-and-shoot toycam photography and into what some might call “proper” photography.  I don’t like to differentiate them like that, as both styles of photography have their pros and cons.  Regardless, when I bought this, I found that I had no idea what settings to use in any given situation.  But that was also part of the reason I deliberately chose to buy the Symbol, as you will soon see.

This camera has some very nice touches which made it a lot easier to get my head around these settings.  Observe: 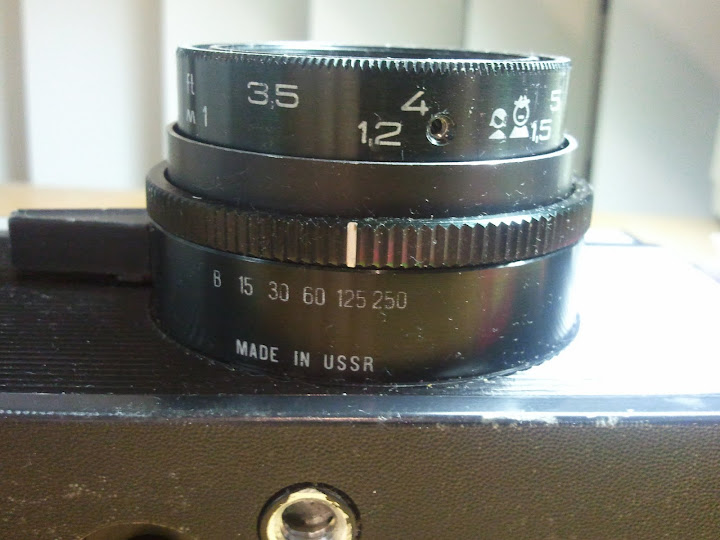 As you can see, with the outer ring, you can chose the shutter speeds. Your options are: Bulb, 1/15, 1/30, 1/60, 1/125 and 1/250.  For those who are unsure what these numbers mean, they represent how long the shutter stays open.  As they are actually fractions of a second, the larger the number, the faster the shutter speed.  Now, most cameras would stop here and expect you to figure out how to use it yourself.  Not the Symbol! 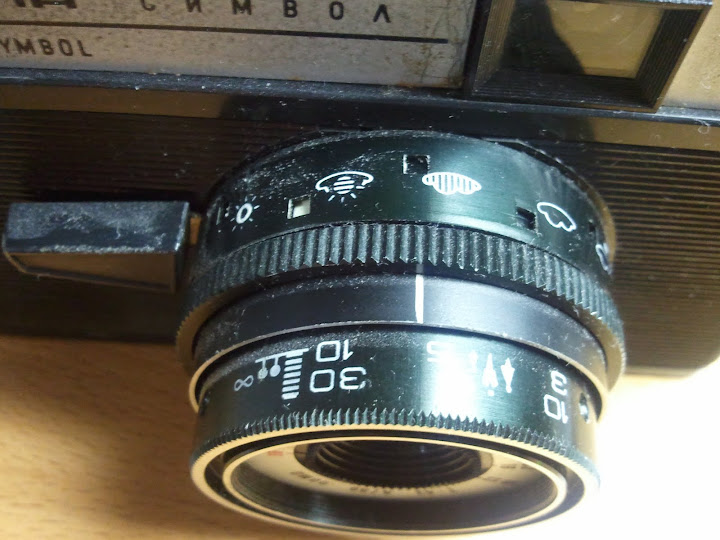 If you don’t like to deal with numbers, you can use these cute little weather symbols to determine the appropriate shutter speeds.  Those little black squares fill in to demonstrate what setting you’re on.  In the above images, the camera is set to 1/125, which correlates with that partly sunny symbol.  My interpretations of the different symbols are: Sunny, partly sunny, partly cloudy, cloudy and there’s one more off the the right you can’t really see which I think is rainy.

As you can see in the photos, you can also adjust the focal length, ranging from 1.5m/5ft to ‘infinite’.  There are also cool symbols to represent the different lengths, with a person representing the 1.5m option and trees for the infinite. 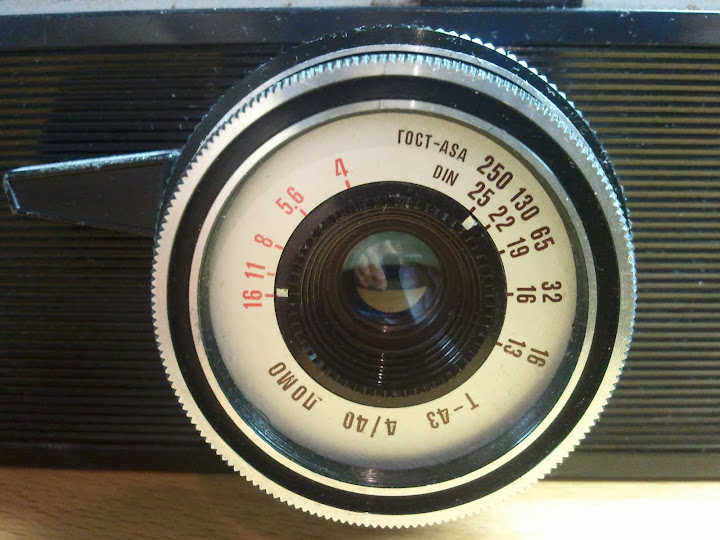 One other setting you can change on this camera is the aperture.  This is actually just one ring, showing three different scales.  I’m not sure what the DIN and ASA are, but I just work off the aperture numbers (in red).  The coolest part of this is that it’s actually continuous, in that you could technically have it set between two of the red markings and you’re not restricted to just the five steps. 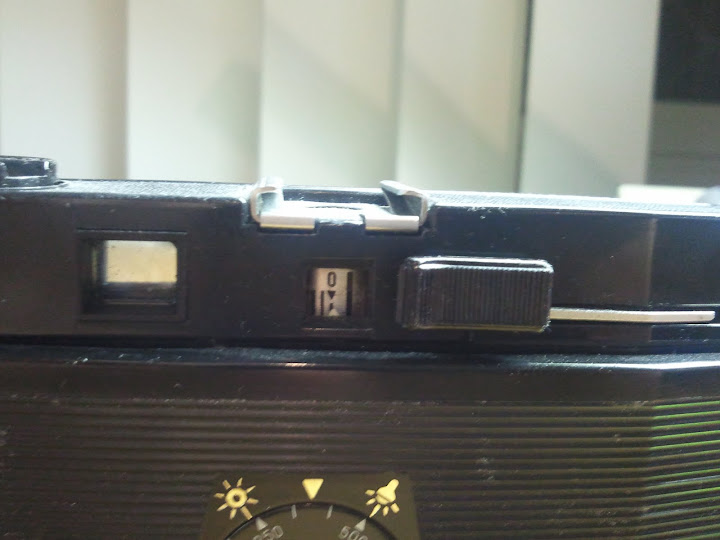 Finally, as you can see, the camera is wound by a film advance lever, which makes it exceedingly easy to advance the film correctly.  There’s also a film counter, but I don’t think mine is working properly.  Oh yeah, there’s also a hotshoe, but I haven’t really used it much yet.

I found that the photos I took on my first roll were a bit hit-or-miss, but that was to be expected.  That had absolutely nothing to do with the camera itself, but more to do with me experimenting with the settings.  Despite that though, I was really quite happy with the photos that I got back.  There really is something about this lens that is absolutely beautiful.  I’ll upload photos as I find time.

Be aware that this camera is freaking heavy.  I mean… every other company’s cameras got lighter as time went on, but I actually think Smena decided to make the Symbol even heavier than the 8M.  This thing is a tank, so be prepared!

So if you’re like I was and are considering venturing out from point-and-shoot photography to something with more manual control, then do consider the Smena Symbol.  I found that it was a great tool for coming to grips with things like shutter speed.  Not only does it take 35mm film, there’s also the added benefit of owning something that says ‘Made in the USSR’.  How awesome is that?  Besides, that reminds me of the Beatles song.

Here you'll find occasionally interesting photos, with the recurring theme of the glorious Phillip, a golden retriever who belongs to my in-laws.

Most of the photos are taken with my Olympus E-P5, but occasionally I'll scan some of my film photos too.