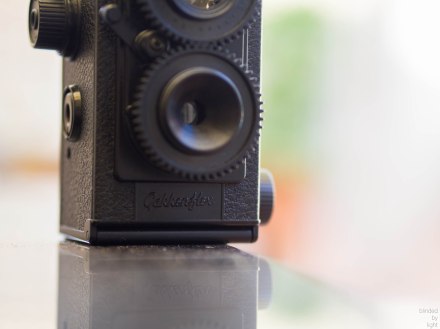 Okay everyone, as I promised in my Gakkenflex review, here is an english version of the Gakkenflex instruction manual!  I’d just like to preface this by saying that these are not direct Japanese-English translations.  My amazing, awesome girlfriend did rough translations of the part names (thank you!!!) and I filled in the rest with my own instructions, based on my experiences.  I gave some of the parts my own names, because we had no idea how to translate them, but you should still know what I mean

I know that there are some Gakkenflex clones out there, but the one I got was the offical Otona no Kagaku Magazine, volume 25, which I bought when I was in Japan.  The images here are scanned from the magazine that came with it.  I hope this is useful!

Just reiterating what I said in my review, but it would be beneficial if you sorted out the different types of screws into bowls before you begin.  Also, you’ll want to set aside about an hour or two to do this.

Note: If the below images are too small, Click them for larger versions.

Before we begin, here is what you will see when you first open the box: 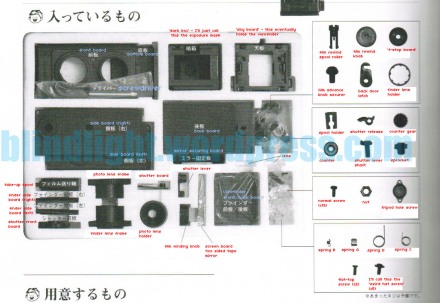 Also, to give you an idea of where the parts fit into the finished product:

Okay, now for the fun part! 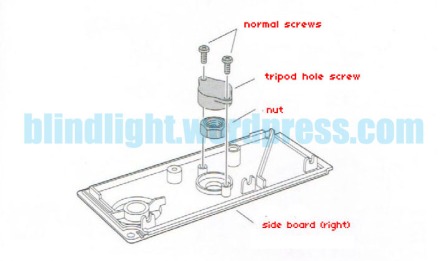 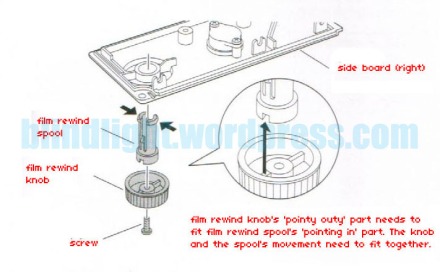 Step 2: Assembling the left side 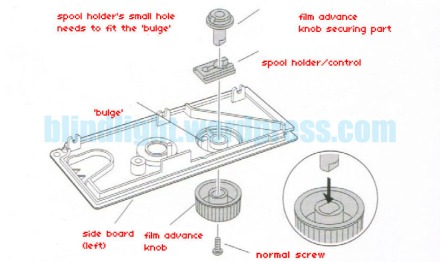 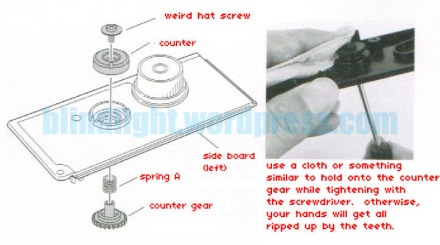 2.3: Installing the sprockets
Simple step here – flip the board over, and carefully slip the sprocket onto the place indicated, next to the counter gear.

Step 3: Assembling the front of the camera 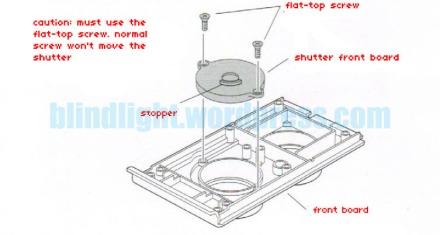 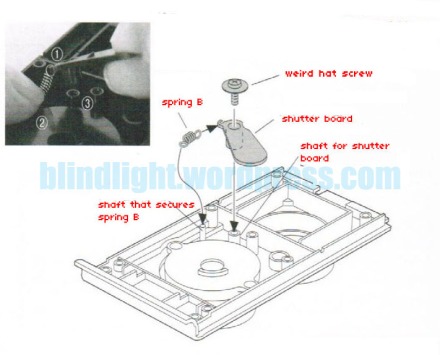 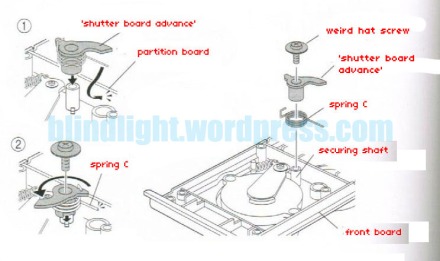 3.4: Installing shutter lever
I actually had issues with this step myself, but I’ll try to explain it as best I can.  Firstly, you’ll want to thread spring D through the shutter lever  so that, once again, the hook part of the spring is resting on the other part.  Insert into the board as indicated.  Now, you’ll want to flip the board over to put the lever on.  To give you an idea of top and bottom, the shutter should end up protruding off the right side of the camera when completed.  You’ll want to just put the lever onto the shaft.  It might take some fiddling (as seen in diagram 2) to get it on, but once you do, secure with another weird hat screw. 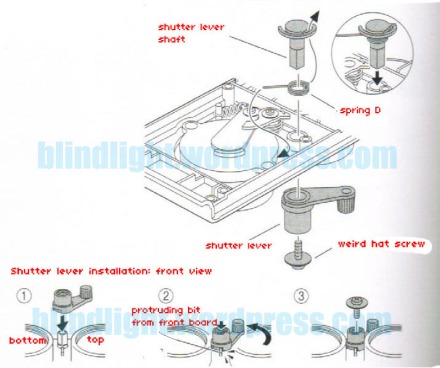 Here’s where you can stop and marvel at how cameras work.  Also, it’s a good time to check if your shutter is working properly.  At rest, it should look like diagram 1.  When you pull down on the shutter lever (diagram 2), ‘the shutter board advance’ should shift, such that it moves over that little bump.  When the lever is triggered fully, the ‘shutter board advance’ should spring back to the way it is in diagram 1.  In that time, you should see the shutter open up a little bit, briefly.  Hold the whole thing up to a  light to see more clearly.  I had issues at this stage with the whole thing not returning to diagram 1.  Turns out I had the shutter board screwed on too tightly, so it would never return to its resting stage.

This one’s another easy one.  Just grab the exposure mask and screw it onto the board as shown, with two normal screws. 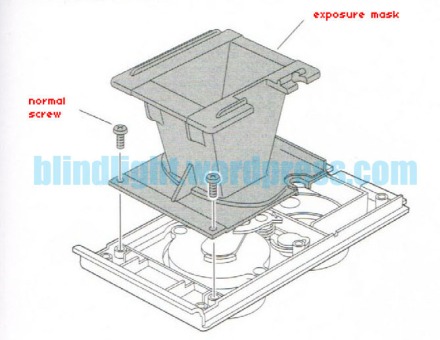 Step 4: Assembling the back door 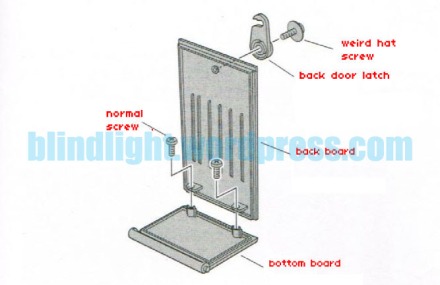 Step 5: Putting it all together

5.1: Attaching frontboard to sideboards
Okay, I got this one completely wrong when I did it.  What this step wants you to do is only partially (about halfway) screw the six normal screws onto the front board, as indicated.  Then, slip the two sideboards on sideways.  Only fully tighten the two indicated end screws for now.  This is to give the whole camera some leeway as you attach more and more parts.  Don’t worry, you can tighten the other four screws later. 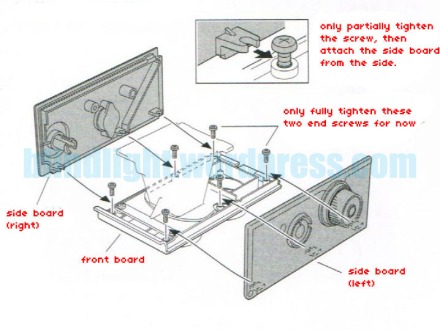 5.2: Installing ‘mirror securing board’
Okay, this step is a little bit fiddly. Have a look at the mirror before you do anything – there should be a side with blue film and a side with clear film.  Keep in mind that you want the blue side facing up. Firstly, remove only one side of the 2-sided tape and stick firmly onto the rectangle on the mirror securing board.  When that’s done, remove the protective film on the clear (bottom) side of the mirror, as well as the remaining side of the 2-sided tape.  Carefully line up the mirror and stick the now exposed bottom of the mirror onto the tape. 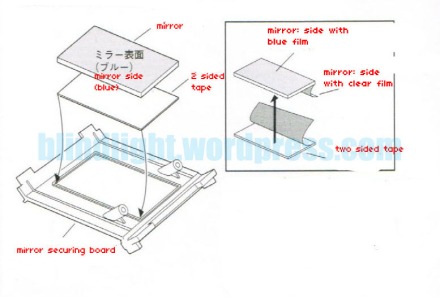 Another note: The top (blue) side of the mirror actually has two layers of protective film – one blue and one clear.  You’ll want to remove both at this step, too.  The manual suggests using sticky tape:

5.3: Installing mirror securing board to main body
Okay, this can be a bit tricky, so don’t worry if it takes you some time to do.  You’ll want to slightly bend the sideboards outwards to give yourself some leeway here – this is why I said not to tighten all the screws earlier.  You want to slip the mirror securing board into the main body, such that it’s sitting snugly, as pictured:

5.4: Tightening the middle screws
Pretty self-explanatory, really.  Slip the screwdriver into the holes to tighen the middle two screws. 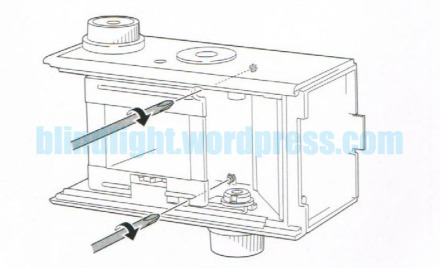 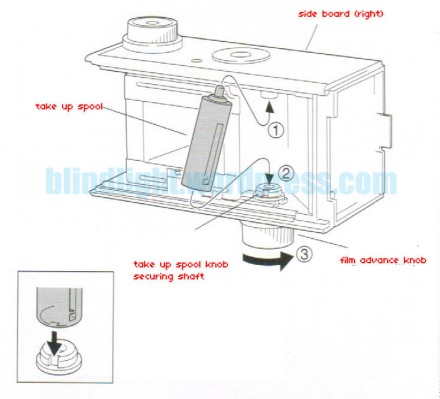 5.6: Securing back door to main body
Once again, flex the side boards out a bit to make things a bit easier here 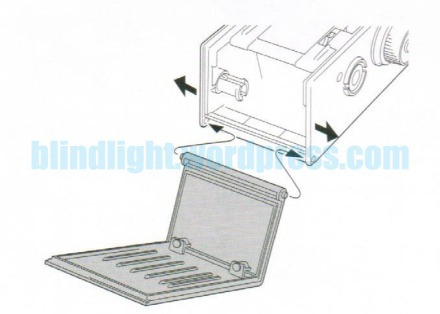 5.7: Securing side boards
Here you tighten those last two screws from earlier. 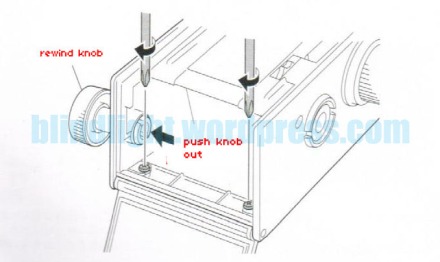 Step 6: Putting together the (view)finder

6.1: Installing the ceiling
Before doing anything, make sure you’ve put the screen board into the ‘ceiling’ part.  Flip that over, and latch the kind of hooky part of the ceiling onto the ‘bulge’ of the main body.  On top of that, use two normal screws to secure where shown. 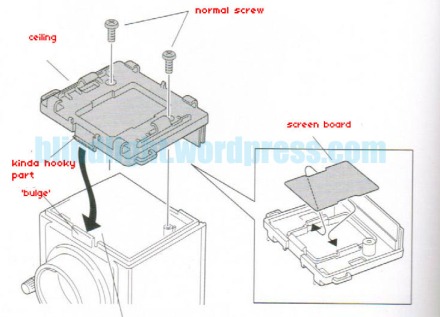 6.2: Putting together the finder hood
Just follow these diagrams, and you’ll be fine.  Except that with the side boards, make sure the ‘hook’/tab things are towards the back of the camera, rather than the front.  Idiot me had them the wrong way around for months, and it made it really, really hard to close the top. 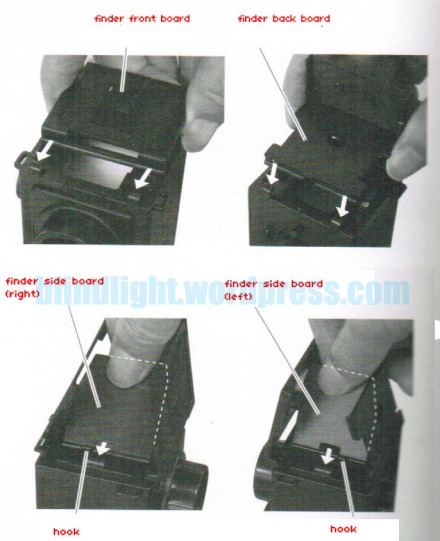 6.3: Securing the body again.
Not much to say here.  Use two normal screws (one on each side) to secure the body properly 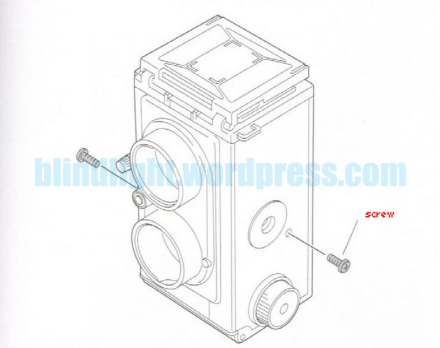 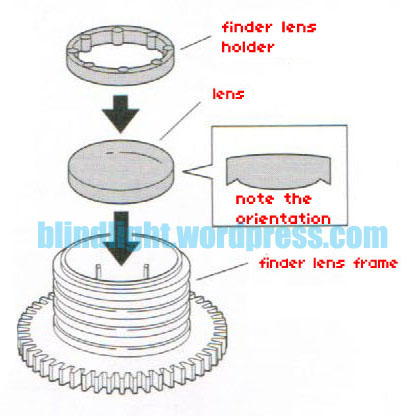 7.2: Putting together the photo lens
This is the lens used to expose onto the film.  Once again, assemble as pictured.  Note that the lens is flipped, compared to the finder lens. 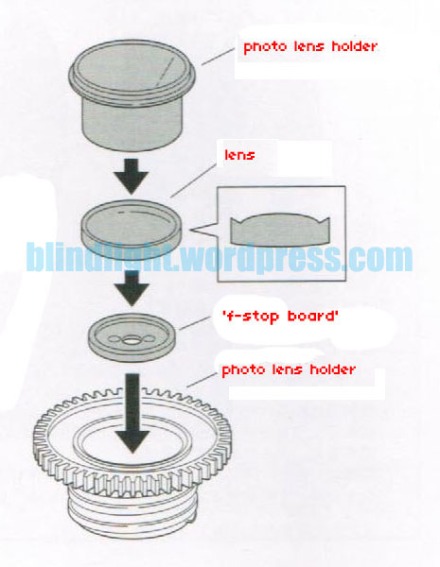 7.3: Installing the lenses onto the main body
If you look closely at the lens frames, you’ll see a little ‘protruding bit’ on each.  Line this up on the two lenses, as in the closeup.  With them intertwined like that, place them onto the main body.  To install them, either turn the finder lens frame clockwise or the photo lens frame anticlockwise (or both).  If you value your fingers, use a cloth to do this.  You’ll hit a patch of resistance about halfway.  Keep turning until they’re fully retracted onto the main body 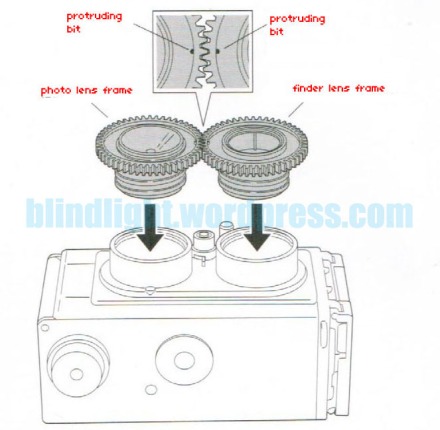 Give yourself a pat on the back, because you’ve just built yourself a Gakkenflex! 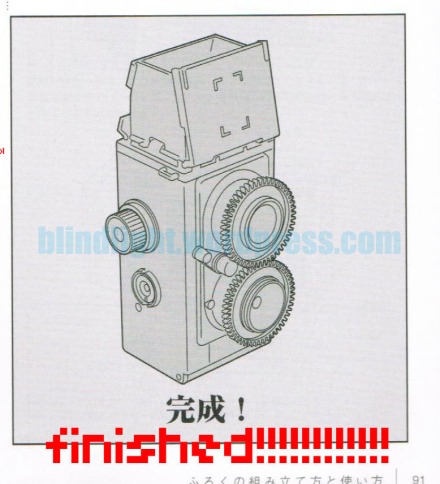 Okay, so hopefully this guide is helpful to someone!  Let me know if you have any questions, and I’ll try my best to answer them.  Other than that, go out and have some fuuuuuuun!

EDIT: I forgot to mention this, but I added the watermark to the images a few months ago. I apologise about that and I hope it doesn’t get in the way, but I was kind of forced into it.  What happened was that I saw a banner ad for an online store that stole images from me to promote their store.  Imagine my shock when I saw that!  Thankfully, when I (and my girlfriend Tiff) emailed them and asked them to take it down, they did.   Anyway, it was a lot of work to watermark the images, but I tried to find a color and font that wouldn’t impede too much on the actual image and text.  Good luck with assembling your camera!

Here you'll find occasionally interesting photos, with the recurring theme of the glorious Phillip, a golden retriever who belongs to my in-laws.

Most of the photos are taken with my Olympus E-P5, but occasionally I'll scan some of my film photos too.